The Benefits of Containerization Technology 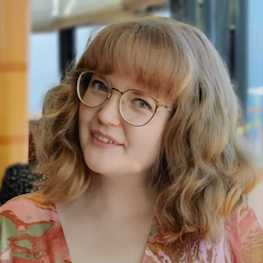 Are you on the fence on switching over to containers? In our series on containerization, we’ve explored what containerization is and the types of tools that can help you make the most of it. But what about the benefits? What is it about this technology that can really transform your digital offering?

Applications these days are pretty complex. A recent burst of technological advances means that keeping up with simple housekeeping, such as updating code, can easily get out of hand. This can particularly be the case if your infrastructure is continuously growing, such that you’re deploying new features and building on what you already have.

The key advantage of containerization is its simplicity, which makes working on applications far easier. Having a solid foundation in containerization makes creating and growing a digital application far more manageable. And that’s just the beginning of the advantages.

Here, we’ll be going through the major benefits of containerization, as well as some examples of advantageous containerized solutions. This article is written for those new to container technology, as well as anyone who wants to brush up on the topic.

This is what we’ll be covering:

Before we get any further, it’s important to distinguish between virtualization and containerization. These are two similar technologies that are frequently compared. However, they are very different in their design. And it’s this difference that elevates containerization, and demonstrates how versatile this particular technology is.

First, let’s look at virtualization. This technology enables virtual machines, also known as VMs. VMs are virtual instances of a computer system that are tied to specific, physical hardware resources. Put another way: these are virtual computers which have access to the physical resources that a computer typically has. They include most of what you would find in a normal computer, including a guest operating system (OS), applications, and libraries. The software that creates, runs, and manages a VM is called a hypervisor. There are two types of hypervisor - hosted and bare metal.

In contrast, the way in which containerization works is different. Like VMs, containers contain application code and libraries. However, they do not include the OS - containers access the host OS when they are run. A single host OS can be shared amongst many running containers. This makes them far more lightweight and faster to run, than a VM. As such, this makes containerisation particularly versatile in its application.

What are the Benefits of Containerization?

There are multiple benefits of containers. As we’ve briefly mentioned above, they’re lightweight, fast, and versatile. But what else do they offer and how can they transform your application? Let’s find out.

A key benefit of containerization is how efficient it is, especially when compared to VMs. Notably, they don’t need a separate OS in order to run. Containers also work in isolation, which means they can operate without interfering with any other containers. This means a single host with multiple containers can perform multiple tasks. This can also drive down server costs too.

“Write once, run anywhere” is the motto of containerization. As a container bundles together everything needed for an application to run, it really can be run anywhere. And it can be operated and integrated without having to rebuild it into another environment.

Containizeration involves abstraction from the host OS. This results in the container working the same way wherever it is deployed, as it’s not dependent on a host OS. This can be on the cloud, on-prem, or in a hybrid environment - anywhere where there’s an OS that supports containerization.

Containerization can help improve the security of your overall application. Due to its set up, containers are isolated from each other as well as the host system. This provides another layer of security. As they run in their own environments, they are self-contained and their only interactions are with computing resources. As such, if one container is compromised, this doesn’t result in the other containers being compromised too. For instance, if malicious code found its way into one container, it wouldn’t affect the others. Containers also provide functionality for defining security permissions, providing control over what can and cannot enter containers.

Container images and containers can be created, deployed, replicated, and destroyed incredibly quickly. This is due to their lightweight design. Got a bug to fix or a new feature to roll out? Containerization allows you to do this super quickly. This means the development process, enhancements, and improvements take far less time to implement.

Containerization makes for agility and allows for streamlining workflows. Got a task that needs to be completed as soon as possible, or something that needs a fast response? Containers can be created quickly and, as mentioned, deployed to all sorts of environments. There’s no need to worry about complicated or long-winded deployments. Container orchestration tools like Kubernetes can manage these processes further.

As we’ve discussed, multiple containers can be run on the same server whilst remaining isolated. This means that if one of the containers runs into problems, the others can continue running. The entire app doesn’t have to go down if something goes wrong, which is great for continuity. It’s also far easier to remedy a problem container when it’s easier to identify.

Containers are also isolated from the system they’re operating on. This makes controlling an application much easier, as containers can be individually managed. This includes regulating what they can access, what they are able to access, what can be shared with other containers, and so on.

Responding to changes in load, and scaling up and down, is made much easier with containers. This technology allows for workloads to be easily reconfigured when scaling changes are needed. Containers can also be easily duplicated too. All this can be done with an optimised use of resources. Scaling can also be automated through container orchestration tools.

What are the Benefits of Container Solutions?

Another, perhaps less obvious, benefit of containerization is how it opens up how containers can be used for other solutions. These container solutions could be considered the next step in containerization. There are a lot of options on how to approach and implement a container infrastructure. Let’s have a look at them.

Containerization is the perfect match for microservices. Microservices are a type of software architecture. A single microservice is designed to perform a specific function. This is independent of any other microservice on the same platform. These all work together to deliver an application.

Think of this as a type of compartmentalisation. Applications are broken down and split up into small, independent components. These can be segmented into containers, where they can be deployed and managed individually. Their structure has a lot in common with containers. There are multiple benefits of microservices - they improve performance, are easy to replicate, are scalable, and don’t interrupt operations if a microservice fails. They also make it far easier to work on updates.

Container as a Service (CaaS) Solutions

Instead of wrangling containers on your own, container as a service (CaaS) solutions are a cloud-based alternative. These platforms allow users to create, deploy, scale, manage, and destroy containers using virtualisation technology. Essentially, it’s a one-stop shop for all things containers, and a very useful tool. CaaS can be suitable for anyone looking to explore containers without the complexity that going it alone can bring. Using CaaS solutions, containers can be deployed automatically, across multiple types of cloud environments.

Container technology is transformative in how it can simplify applications. Its lightweight format supports key benefits in how applications run, providing speed, performance, and fault tolerance. These advantages can be felt not just by your team members, but the users of your application too - including your clients. The popularity of this technology signals just how far virtualization has come, and perhaps signifies what’s to come next.